BREXIT: WHAT ABOUT THE PROTECTION OF YOUR TRADEMARKS AND DESIGNS? 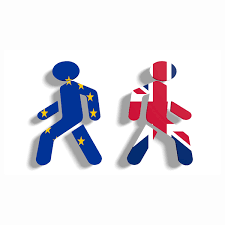 On 31 December 2020, the transitional period as agreed in the EU-U.K. Withdrawal Agreement expired.  Brexit was formally implemented as off 1 January 2021.
During this transitional period, all EU trademarks remained valid in the territory of the United Kingdom.
After 1 January 2021, European trademarks and designs  lose their effect over the territory of the United Kingdom.
Nevertheless, the Withdrawal Agreement stipulates that after 1 January 2021 the EU trademarks and designs are converted free of charge, automatically and without additional examination into a “similar registered and enforceable trademark in the United Kingdom”, which has “the same formal and material characteristics”. Thus, the period of the protection offered by the originally registered EU trademark or design will remain the same (remaining) period of ten or five years, but renewal applications for trademark and design protection on UK territory will in future have to be filed with the UK Intellectual Property Office.
Your existing EU trademark is thus for the time being automatically and without any charge or formality included in the UK Trade Mark Register. (hyperlink: https://www.gov.uk/search-for-trademark).
Applications for European trademarks made before 1 January 2021 that have not yet been approved on 1 January 2021 will also keep their rigth of priority for a UK trademark for a period of nine months after 1 January 2021, for which however additional formalities (and administrative costs) are to be expected.
Would you like to know more?
The Racine team is at your disposal to answer your specific questions.

This  week, and quite late in line with bad Belgian habits, the European Directives 2019/771 and…